It’s coffee time!  World Coffee Day was just last weekend (1 October) and the Fairtrade team in Australia and New Zealand have also been talking all things coffee recently at the Melbourne International Coffee Expo. That means we’ve decided to dedicate this Fairtrade 5 to the humble brew. So hold on to your hats, you’ll be coffee experts before you know it. 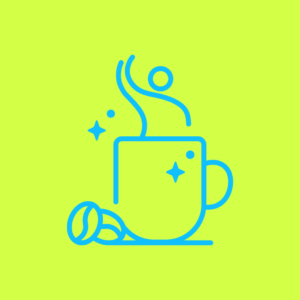 1. Who do you reckon drink the most coffee in the world? Espresso loving Italians or Starbucks-crazy yanks? Nope, it’s actually the Finns! The average Finn drinks nearly four cups a day. Coffee is so popular in Finland that two 10-minute coffee breaks are legally mandated for Finnish workers. 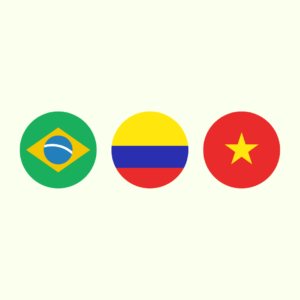 2. Just three countries – Brazil, Vietnam, and Colombia – account for 63% of the world production. That’s not a problem unless these countries are affected by weather events or political instability (pretty common occurrences nowadays) and then coffee supply gets badly interrupted. The increase in your coffee prices lately was largely the result of drought followed by intense frost in Brazil in the last few years. 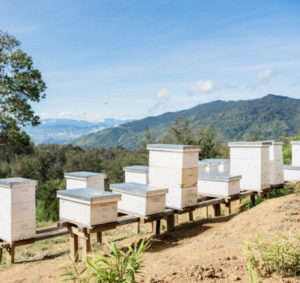 3. We all know that the climate is changing (heads up Tony Abbott) and this means that farmers have to adapt with it. One example of this recently is Fairtrade farmers in PNG starting to keep their own bees so they can release them when the coffee flowers need pollination. This is necessary because the number of native bees has decreased and the times that they need to come has also changed. 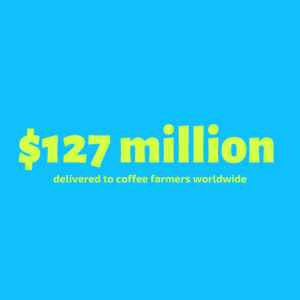 4. Coffee is Fairtrade’s biggest commodity worldwide and that’s partly because many of the farmers who produce it have tiny plots and struggle to make ends meet without a bit of intervention. In 2020 the value of Fairtrade Premium (that’s the extra money that goes to the communal fund for farmer producer organisations) delivered over $127 million AUD to coffee farmers worldwide. Nearly a quarter of that money was spent on facilities and infrastructure to enable farmers to farm more effectively and 12% was spent on providing farmers with better tools. 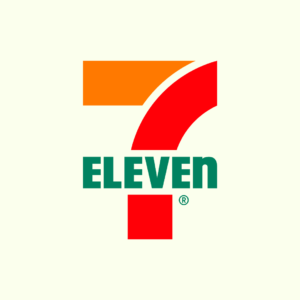 5. We are proud of our new partnership with 7-Eleven which means all the coffee sold at 7-Eleven stores in Australia is Fairtrade coffee. We’re excited because that’s 80 million cups a year (truly really!) and the benefits for Fairtrade farmers and their communities will be huge!