“We have really benefited from the Fairtrade Climate Academy trainings. We can’t rely on the standard rainy seasons anymore. Fortunately, we are now better prepared to handle these circumstances. ”

Judith Roto, a coffee farmer from Kibukwo in western Kenya, enthusiastically reflects on her experiences with Fairtrade’s climate program in Kenya. Her positive experience over the last few years is shared by many. Approximately 10,000 farmers from ten cooperatives around Machakos and Kericho have attended the Climate Academy.

Next to low coffee prices, climate change is the biggest problem named by coffee farmers around the world. These farmers contribute very little to the causes of climate change, but they are the first to experience its consequences. Irregular rainfall, periods of severe drought and rising temperatures lead to extremely uncertain yields for small farms.

In the areas engaged in Kenya, coffee bushes yielded on average 40% less berries in 2019 than in 2017. On average, farms are less than (Machakos) or just over (Kericho) one hectare. In 2017, 60% of the farmers around Machakos depended on coffee as their main source of income. Two years later, only 40% of those farmers could say that, an indication of the growing poverty. 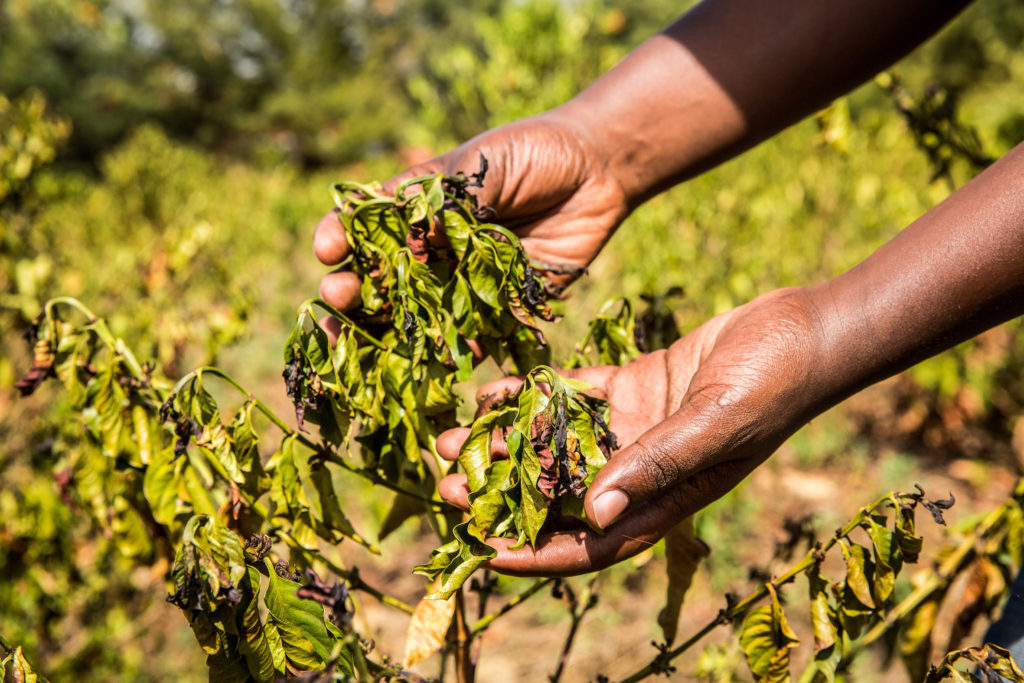 The National Postcode Lottery in the Netherlands offered Fairtrade the opportunity to provide coffee farmers additional support to tackle climate change. Working together with Fairtrade Africa, the local support network, and the coffee farmers themselves, we created an extensive program to make coffee farmers more resilient to the changing weather conditions. The Climate Academy lasted three years and consisted of five parts.

The program started with raising awareness about the climate issue, targeting cooperative leaders and focusing on local climate conditions. Due to a variety of training courses, they are better prepared to identify problems among farmers, to allocate financial resources and to implement necessary measures efficiently. In courses developed to strengthen leadership within the cooperatives, we promoted and saw a significant increase of women supported and trained.

Most farmers had little to no knowledge of climate change. They saw the weather patterns change, but didn’t really know what caused these changes. Dozens of sessions have been organised to make farmers more aware of the climate problem and to give them a better understanding for their own business / farm operations. 30% of the farmers around Machakos now handle their own administration. Despite Covid-19, the last sessions around Kericho were also able to take place, leveraging radio broadcasts and telephones as training tools.

A crucial part of the Climate Academy program is adapting agricultural methods to the changing weather. The changing climate asks different demands of coffee plants, such as pruning, fertilising, irrigation and the amount of shade. Approximately a hundred test fields, so-called “demonstration plots”, were constructed to show farmers examples of how best to treat coffee plants. To that end, thirty farmers in each cooperative were trained to continue education in the field. Several thousand shade trees have now been planted at farms and tens of thousands of young plants have been distributed among the members. Farmers around Machakos now have about 20% more shade trees on their coffee fields, which protect the coffee plants from the increasing heat of the sun. In addition, trees such as avocados and bananas also provide additional income. Cooperatives have also installed water tanks to hold excess water for the increasing dry spells. Farmers can purchase that water at a reduced rate from their cooperative, for example to irrigate the land.

More than 70% of the trained farmers around Kericho say that they have put the new cultivation techniques into practice; around Machakos this is at 90%. It has resulted in higher yields per coffee bush in Machakos, from 1.9 to 3.2 kilograms. Almost 45% of farmers report that their production increased in 2019. An average increase of 28% is reported for Kericho, up to over 6 kilos per bush. 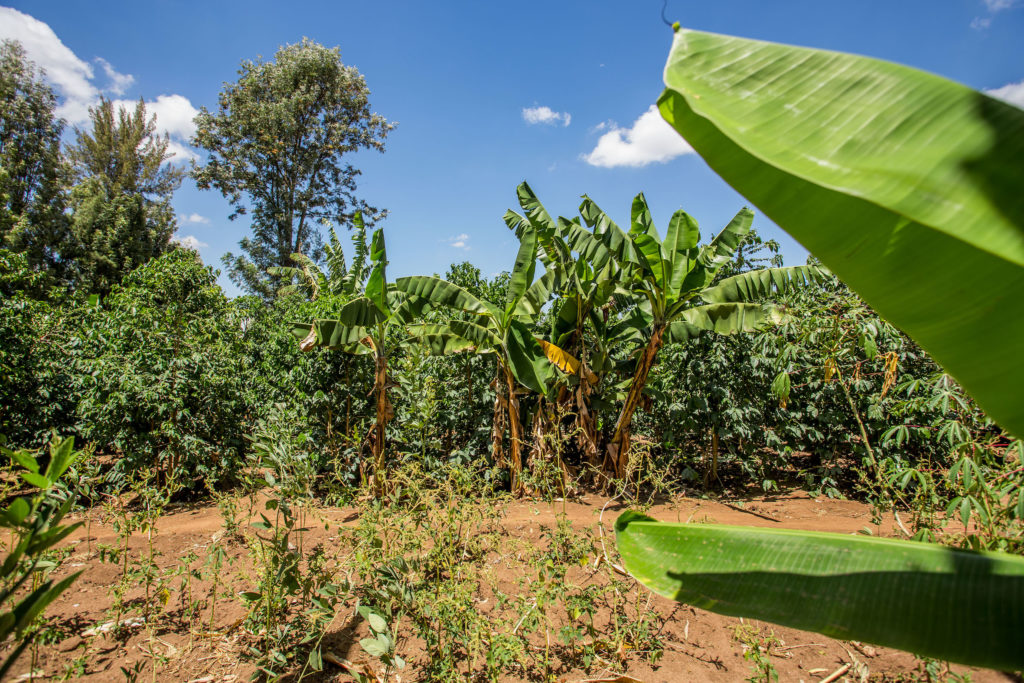 Sustainable energy and decreased use of firewood

One important contributing factor to climate change is deforestation. In the areas engaged, farming families are 80% dependent on firewood for cooking meals, which means that more and more trees are disappearing, with significant consequences for soil erosion and rainfall. The climate program therefore researched alternative energy sources with great success. A total of 1,300 new, more efficient cooking appliances have been installed in both regions; 300 families have switched to briquettes made from coffee processing waste and 280 families have installed a biogas unit.

Women in particular experience great benefits. Typically they spend about 3.5 hours every day collecting firewood and preparing meals. They now save about 40% in time, which gives them more space for their family or opportunities to earn more income in other areas. Women reported that with the new cooking appliances they need 60% less firewood, leading to less deforestation. The new cooking appliances also create much less smoke which will lead to improved health for both women and children.

Cooperatives, as well as individual farmers have also installed solar panels. Kibukwo, Judith’s cooperative, reports a savings of 80% on electricity costs. Around Kericho, 48 farming families have installed a solar panel, which they use for radio, mobile phone charging and lighting. As an added bonus, children are now also able to do homework in the evenings. 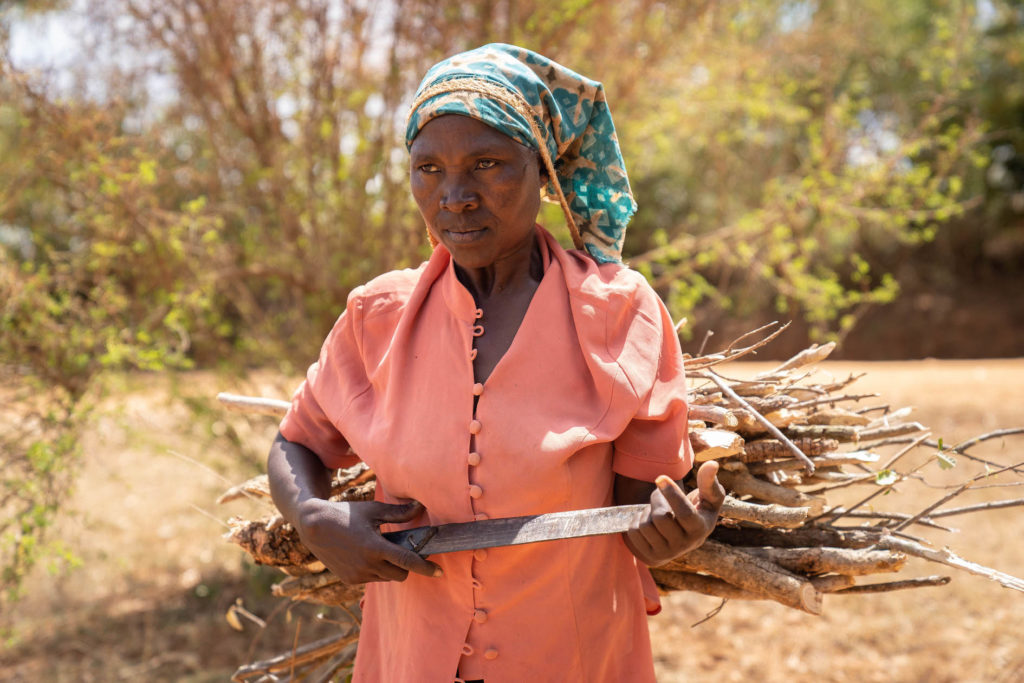 In the face of increasing uncertainty about coffee income, the search for alternative sources of income is crucial. This should help reduce sole dependancy on coffee production and sales. About 800 farmers or their family members have followed training courses on generating additional income sources. Both the cooperatives and individual farming families have started many new activities. Each cooperative has established greenhouses to familiarise farmers with the cultivation of all kinds of fruits and vegetables. Some cooperatives have also installed an incubator to sell or distribute chickens and their eggs to the farmers. Fish farming is another activity that a few cooperatives have tried and a coffee roasting plant has opened in both regions to sell coffee on the local market. The Kericho coffee factory is run entirely by women and young representatives from the cooperatives are trained to market the coffee locally.

Around Machakos, more than 15% of the families involved have already taken up other activities, such as raising chickens or growing fruit and vegetables for sale. In order to invest in these new activities, women in particular have formed saving and credits groups together. Around Machakos some 50 groups together have more than 1000 members, with a combined savings budget of 160,000 US dollars.

The installation of new cooking appliances and biogas units has also led to additional employment and thus additional income, especially for young people. About 70 young people in the Machakos region have been trained as masons and technicians in the construction of the biogas units. Repairs and further service afterwards keep the young people permanently employed, making them less likely to leave the villages for uncertain jobs in the cities. 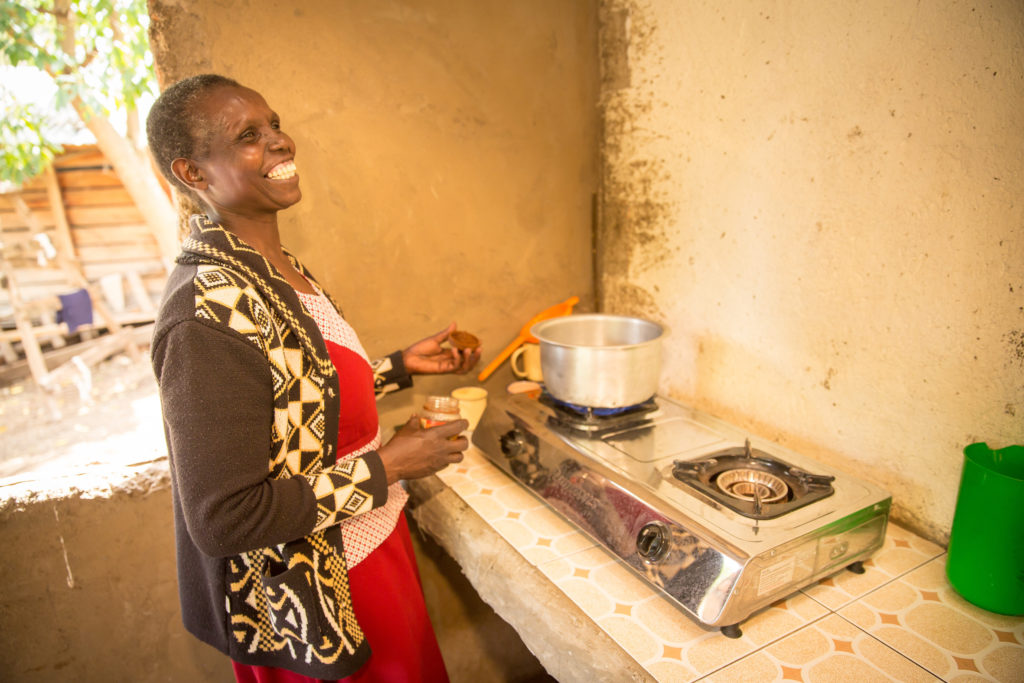 The initial Climate Academy program in Kenya has reached a few select coffee farmer cooperatives. A similar program in Ethiopia is finalising completion. Of course we want many more coffee farmers to reap the benefits of this program, not only in Kenya and Ethiopia, but also in other coffee producing countries around the world. That is why the experiences in Kenya have been captured in the Climate Academy Guide. In it, all lessons and concrete tools are shared for coffee farmers on how to handle and adapt to climate change. The Guide will be released worldwide in June 2021.

It’s not only the coffee farmers like Judith Roto who are enthusiastic about the results of the Climate Academy. Also an external evaluation of the program in Kenya, conducted by Noble Consultants Company Ltd. in Nairobi, is extremely positive. In its report, the agency concludes that the project succeeded in achieving its original goals. And the consultants believe that the results will not stop with the end of the program. In the future, the leaders of the cooperatives will also be better able to make the right decisions and provide more service to the coffee farmers. Farmers who have been trained as trainers will also continue to educate growers in their area about the best farming methods in the changing climate.