Our Australia winner was obviously pleased but wanted to keep her new stash of ice-cream on the down-low.  Who can blame her? It’s really hard to share Ben & Jerry’s!

Our NZ winner, however, could not contain her excitement and we love it!

When Jeanne from Auckland was notified that she was the winner, she was over the moon.

Ben and Jerry’s is amazing, it’s the best!!!

It’s like Christmas in August! Made lockdown sooo much better, thank you!

And now that she’s getting her fix on Ben & Jerry’s every week, she couldn’t be happier:

OMG I had the best few days!!! (I went to Countdown with my voucher and) BOOM! been having delicious Ben & Jerry’s ever since!

Thank you again!! It’s been unbelievable!

She even sent us some pics featuring her adorable pug, Obi. She explained that he’s the perfect Ben & Jerry’s dining companion because he can only appreciate the ice cream with his eyes… 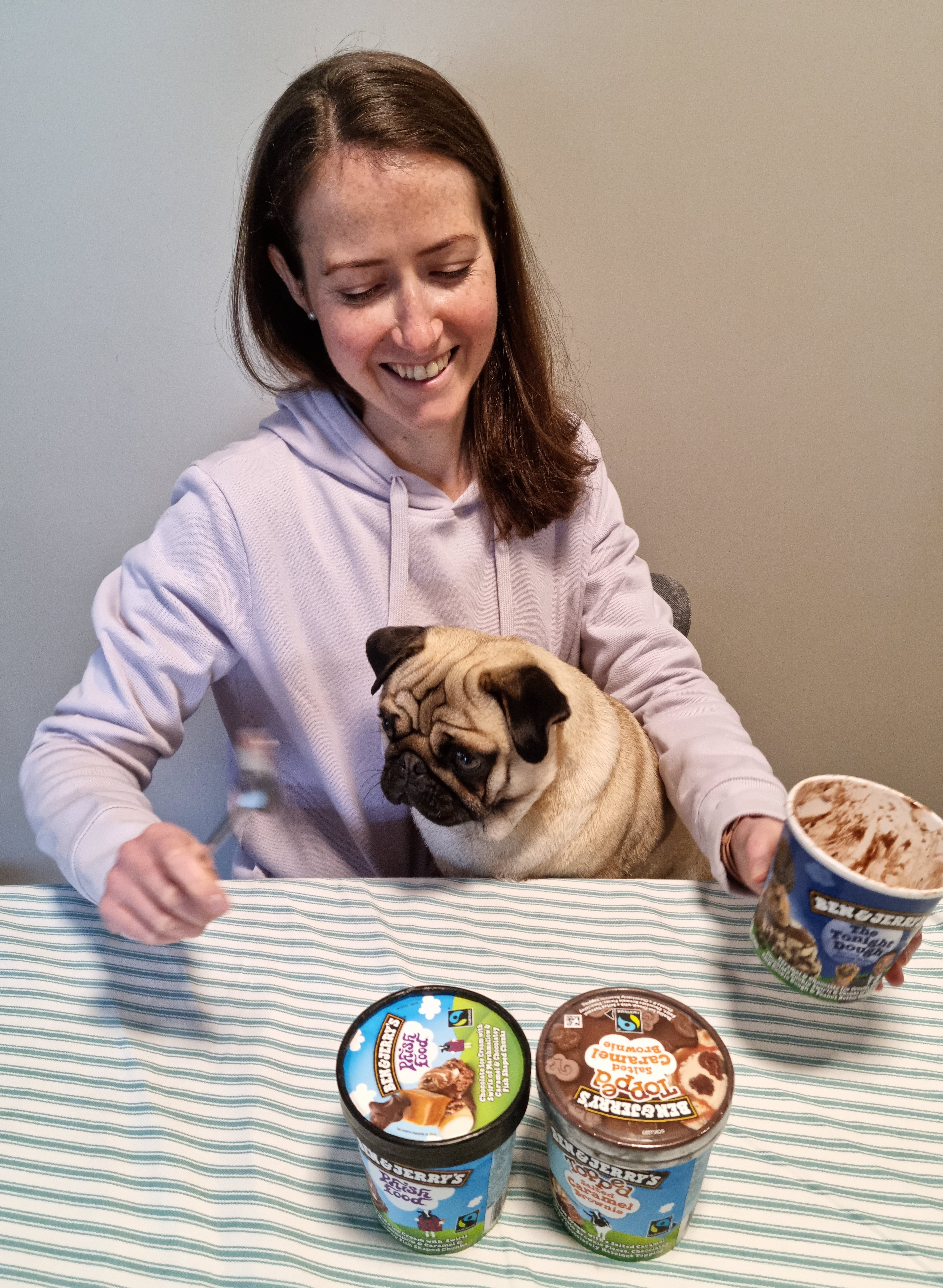 Thanks for sharing your excitement Jeanne and thanks to Ben & Jerry’s for the amazing prize! 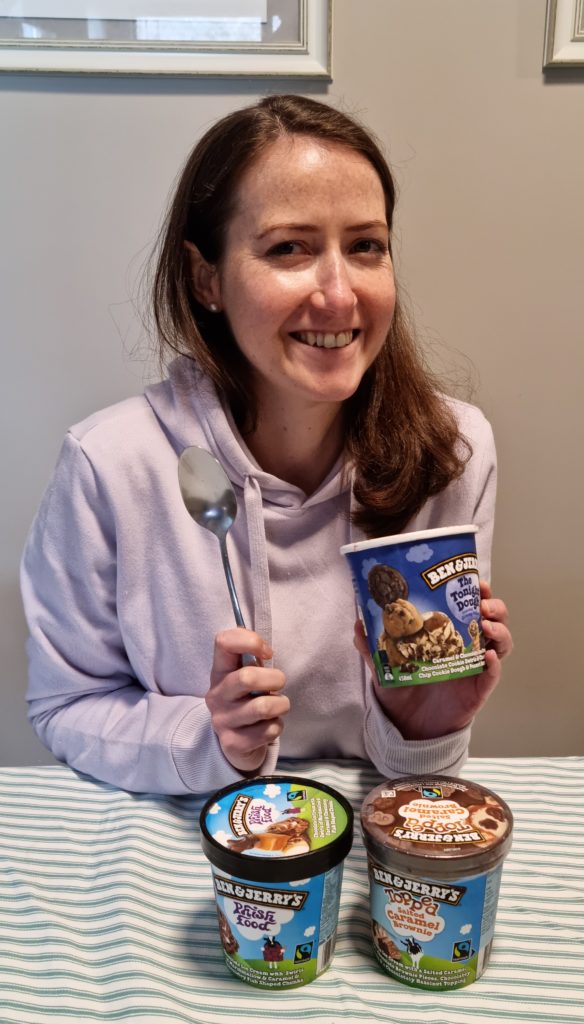