Fairtrade is about empowering farmers and workers in developing countries to get a better deal, through fairer prices, decent working conditions and favourable terms of trade.

You’re working to counter inequality in trade relationships and making a positive difference to families and communities when you purchase products carrying the Fairtrade Mark.

The manufacturers of products carrying the Fairtrade Mark have paid at least a Fairtrade Minimum Price, set to cover the sustainable cost of production, or the market price when it’s higher, to the farmers and workers who grew the ingredients.

Producers are also paid an additional sum of money, the Fairtrade Premium, which they democratically decide how to invest.

It can be spent on a range of initiatives, from training and business management to community development initiatives, such as education, access to clean water and healthcare.

The positive impact of Fairtrade is felt by producers in developing countries around the world, including Sri Lanka, Kenya and Peru, as well as our neighbours in the Pacific Islands and Papua New Guinea.

Since becoming Fairtrade certified in 2004, HOAC has used the Fairtrade Premium to purchase coffee pulping machines to increase production efficiency, provide access to clean water, fund the construction of school buildings and to supply roofing iron to improve housing quality.

The Fairtrade Premium has enabled HOAC to distribute portable pulping machines to many farmers, significantly increasing the speed and efficiency of the process that separates the coffee bean from the cherry.

Without a pulping machine, farmers must place coffee cherries inside bags and use heavy rocks to manually force out the beans.

According to HOAC’s general manager Robert Kokao, it used to take as much as two days to process 10 kilograms of cherries, compared with just 15 minutes using a hand-operated machine. 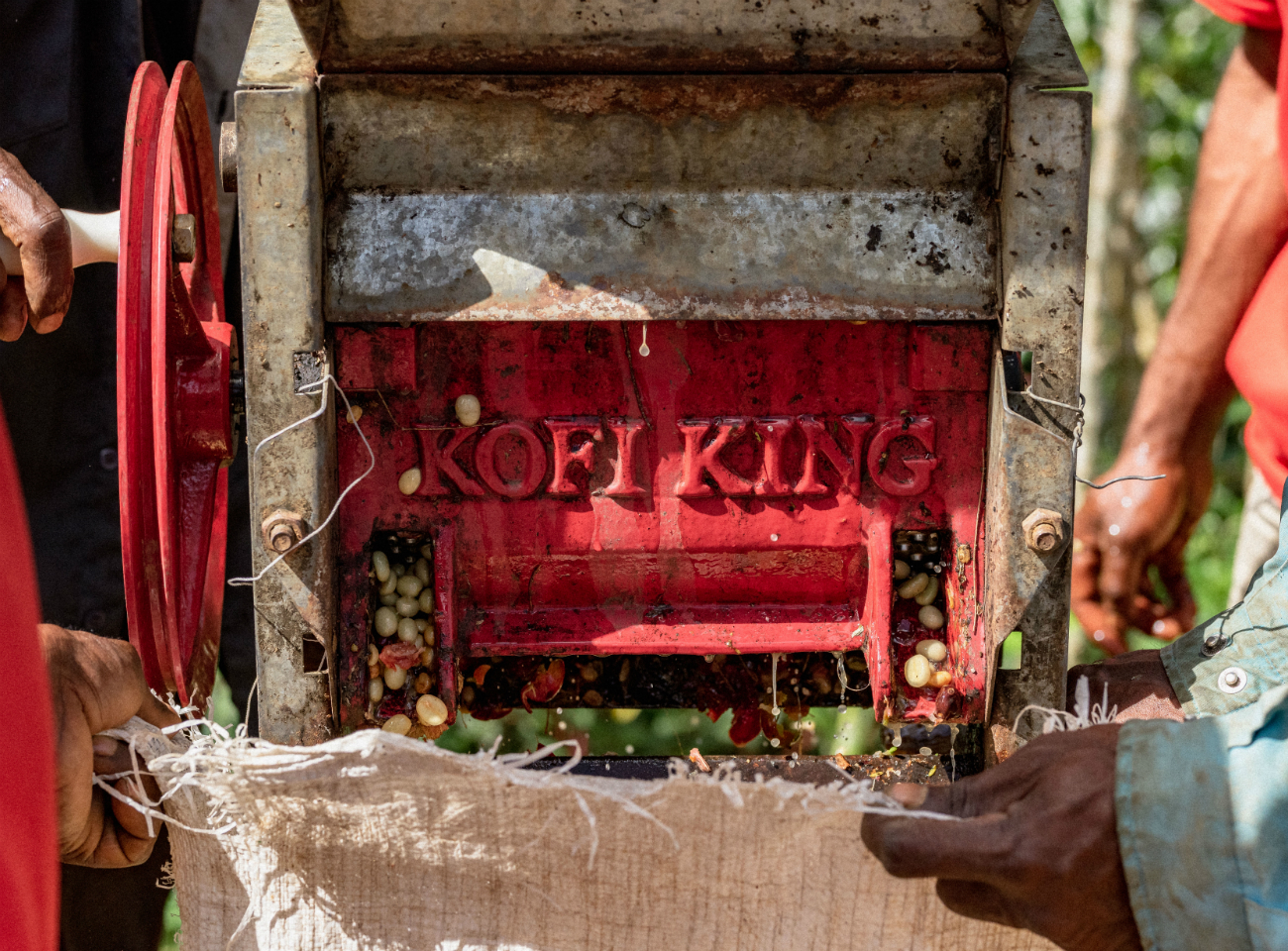 Using Fairtrade Premium funds, HOAC’s David Nori has designed and begun to construct an impressive feat of engineering which, when completed in the final quarter of 2019, will provide several of the villages in PNG’s Okapa district with access to clean water.

Water is collected and filtered to World Health Organisation standards on the mountain ridges high above Igitaru village, before the correct pressure powers it through pipes along rugged terrain to settlements, schools and the local health centre, servicing around 5,000 to 6,000 people, according to David. 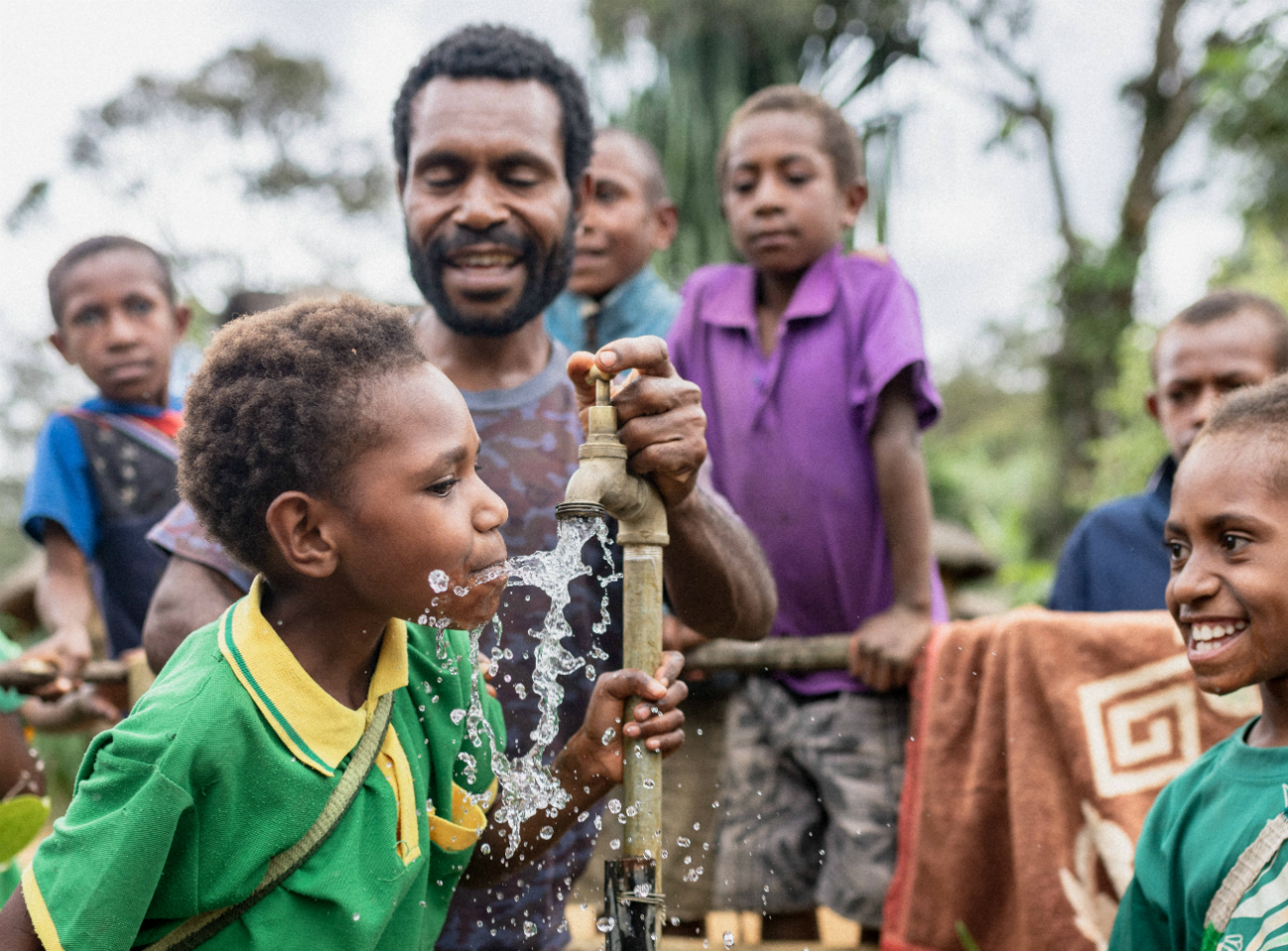 Cooperativa Agraria Cacaotera Acopagro is a cocoa-growing small producer organisation on the fringes of the Amazon rainforest in Peru.

A thriving part of the Fairtrade system, farmers and families throughout Acopagro have been empowered by the Fairtrade Premium to increase their knowledge of agronomy, develop advanced business management practices and improve the quality of life within their communities.

Bruno Valderrama, the cooperative’s Certifications Manager, spoke to a Fairtrade ANZ representative about how members of Acopagro choose to invest the Fairtrade Premium.

He said: “They ask for training and, if there is a course in Ecuador or Colombia or wherever, they can go there, learn more things, come back, and share with us, share with the farmers. The technicians here, the staff, travel to other countries to attend training, courses, workshops, and also to see farming experiences in other countries.” 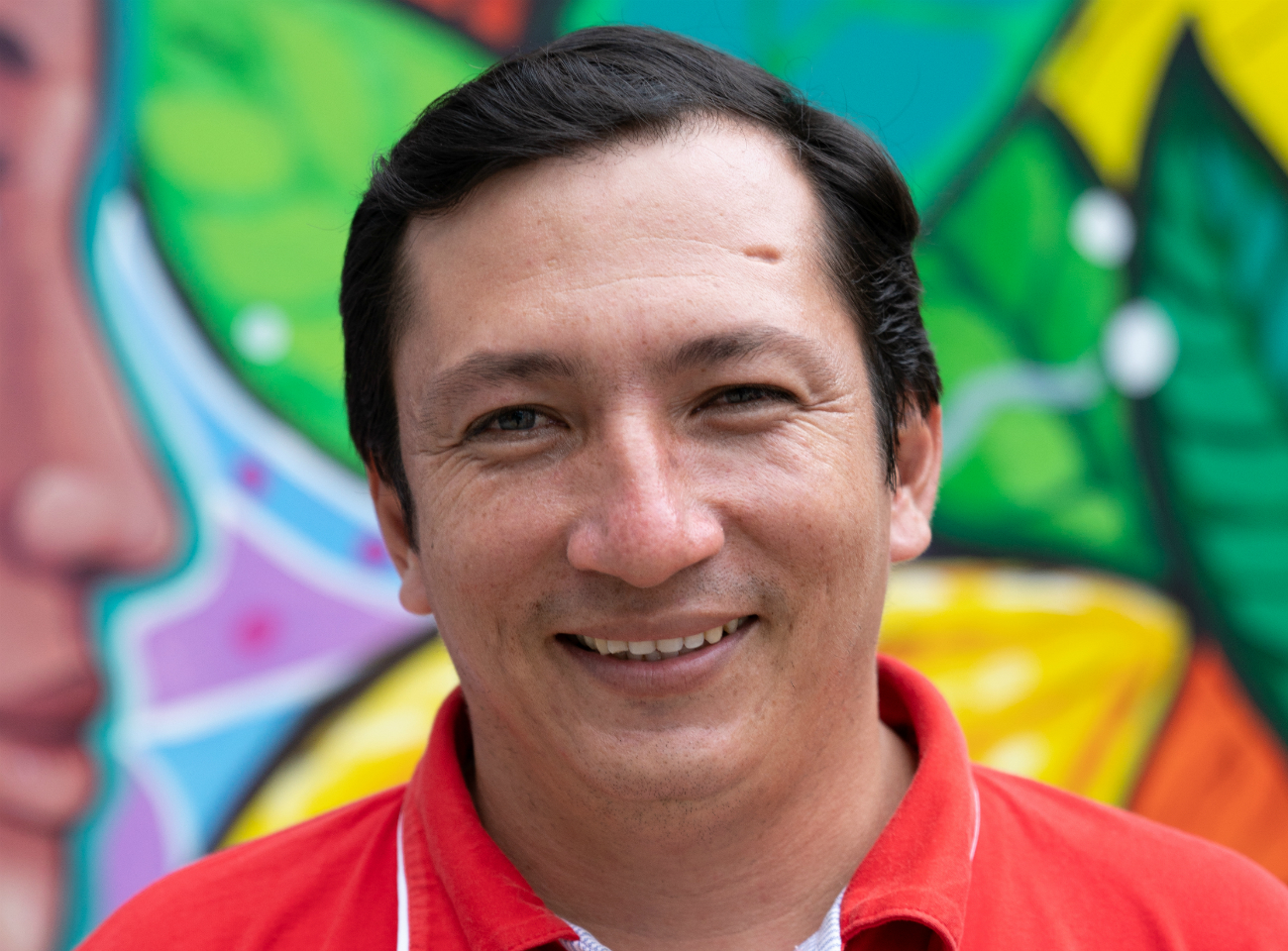 Cocoa farmer Bethy Juzga Gargart says the increased income made possible by Fairtrade certification and Fairtrade Premium investments have transformed the outlook for her kids.

“My children have had more opportunities,” she said.

“One of my sons is working in Chile. Another of my sons has travelled to bigger cities for work and to have more opportunities. If you stay as you are, if you don’t develop yourself as parents, then your kids won’t look for improvement either. My children have had opportunities, they have worked abroad, travelled to big cities. And some are studying right now.” 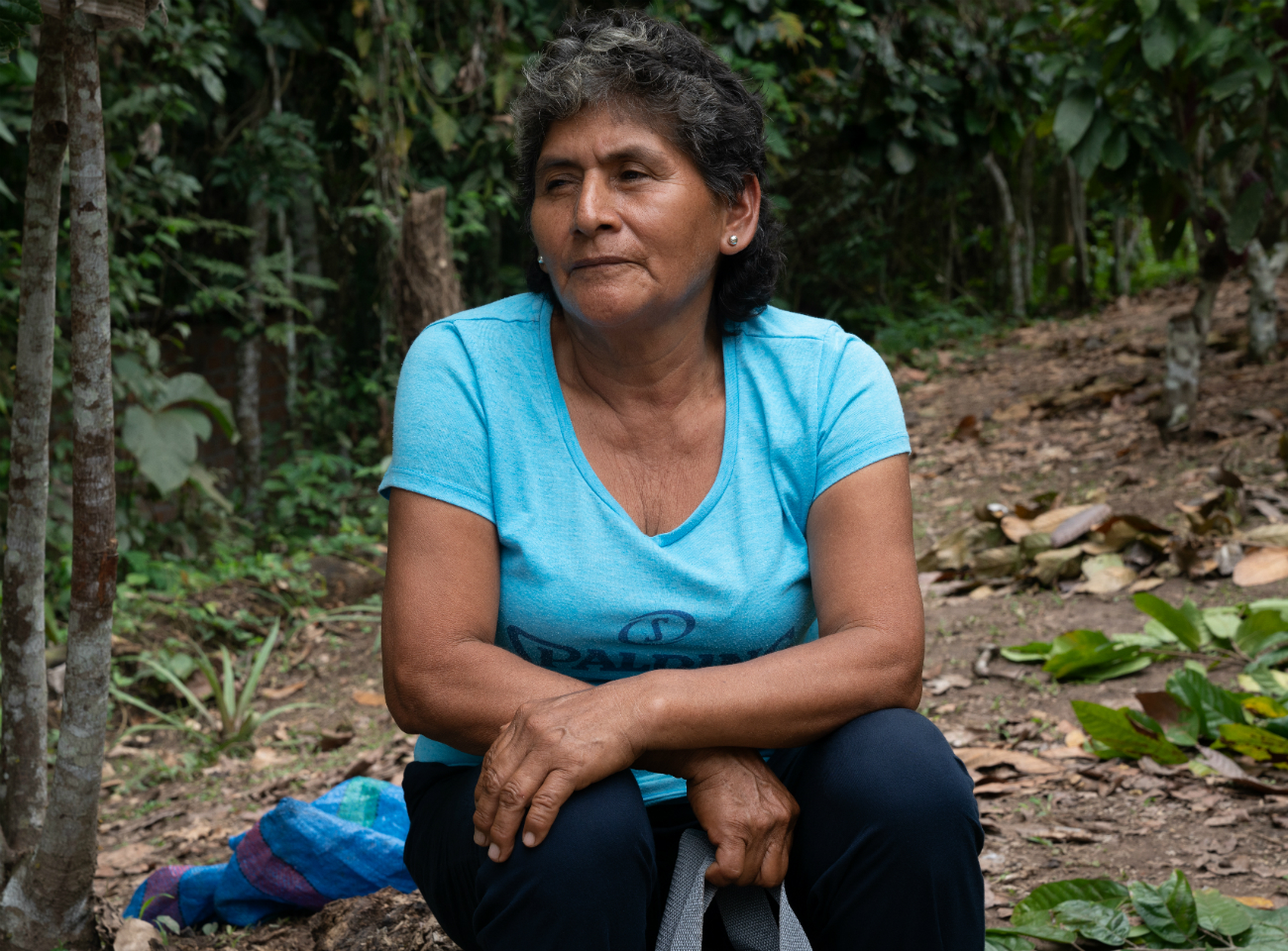 Savai’i Coconut Farmers’ Association (SCFA) have been working to revive Samoa’s coconut cream export industry and increase the income of its members, with a strong figurehead leading the way.

Perise Toala was elected to the role of secretary during the first meeting she attended at SCFA, and she soon became a central pillar of the organisation.

Encouraging women like Perise to take on leadership roles is a change Fairtrade wants to see wherever we work, so gender equality is one of the first principles of Fairtrade programming.

Fairtrade makes sure members of producer organisations can’t discriminate because of gender or marital status, or bring in discriminatory laws.

They can’t force prospective workers to take a pregnancy test, and sexually intimidating, abusive or exploitative behaviour is not tolerated.

If a producer organisation doesn’t support equality, it cannot be Fairtrade certified.

With Perise at the helm, Samoan women are being taught about their agency and rights through SCFA gender equality training.

The number of women in the association has grown sixfold under Perise’s leadership, and there are now 36 female members out of 122.

The fight isn’t done yet.

Perise knows that she and other women will continue to face challenges as they sign up as members, and speak up in meetings, but she is committed to continuing the fight. “The women in the association, we need to have the courage to carry on,” she said. 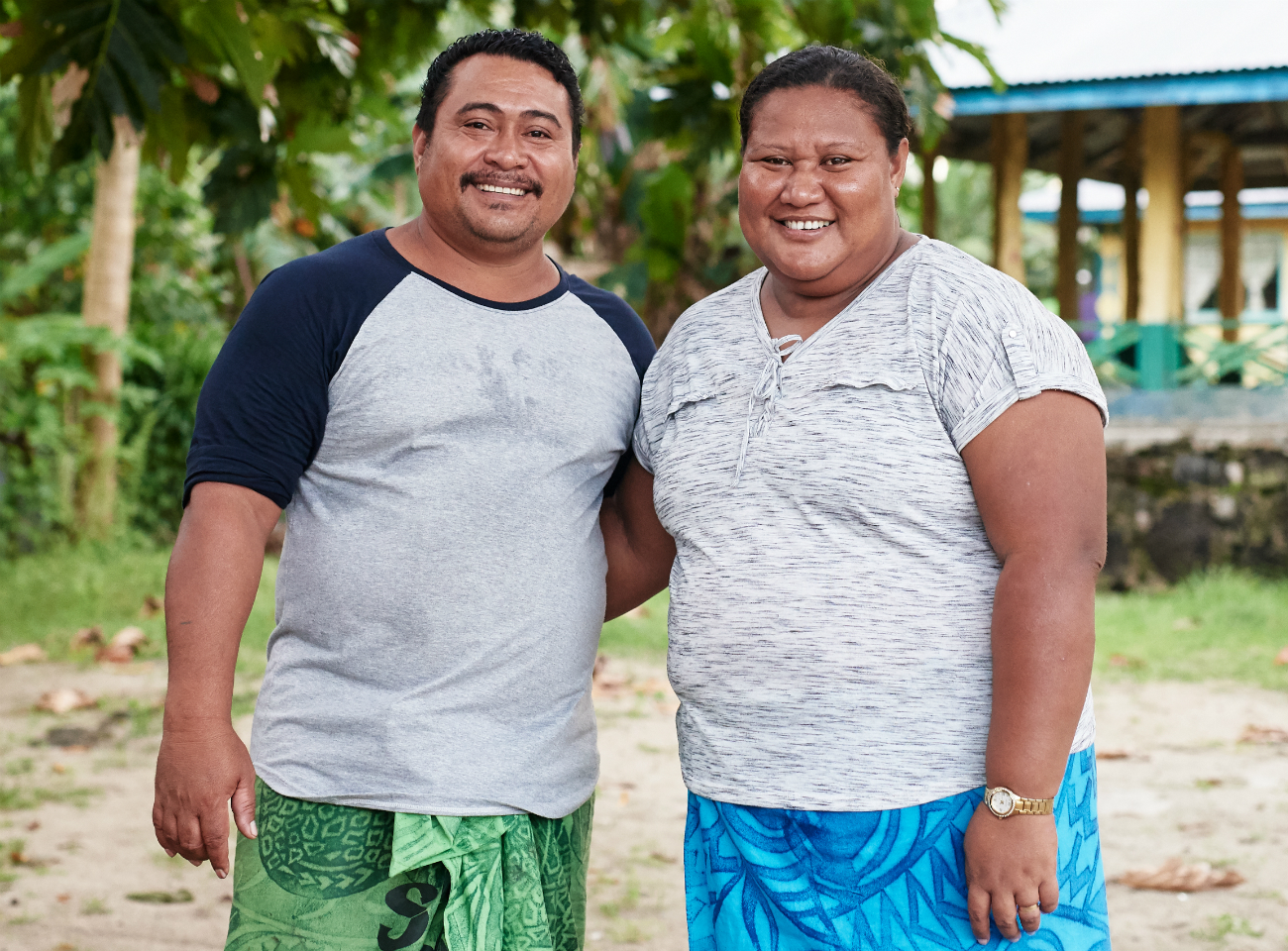 The Fairtrade Minimum Price and Fairtrade Premium play crucial roles in empowering farmers and workers to thrive in tough market conditions, and to invest in strengthening their businesses and communities.