Supporting Fairtrade, the most widely recognised ethical label in the world, is your way of making a difference in the fight against economic injustice and climate change.

Fairtrade offers you the power to change the world every day. With simple shopping choices you can get farmers in developing countries a better deal. And that means they can make their own decisions, control their future and lead the dignified life everyone deserves.

Fairtrade is about better prices, decent working conditions, sustainability, and fairer terms of trade for farmers and workers. By requiring companies to pay fair and sustainable prices (which must never fall lower than the market price), Fairtrade addresses the injustices of conventional trade, which often discriminates against the poorest, most marginalised producers.

Where can I buy Fairtrade products?

You’ll find Fairtrade products in supermarkets like Coles and Woolworths, Oxfam stores, independent shops, cafes, restaurants, through catering suppliers and wholesalers, as well as online. We have licensed more than 2,500 Fairtrade certified products for sale through retail and catering outlets in Australia and New Zealand.

How does Fairtrade help to tackle climate change?

By choosing Fairtrade, shoppers in Australia and New Zealand are ensuring that farmers and workers receive a Fairtrade Premium to invest in economic, social and environmental resources of their own choice. It means they can implement environmental protection programmes which contribute to the range of solutions needed to address climate change and ultimately benefit us all.

Through projects such as reforestation or energy efficient cookstoves, vulnerable communities can reduce emissions and become eligible for carbon credits while also strengthening themselves against the effects of climate change.
“Peruvian Fairtrade farmers tending pine trees in a nursery to combat climate change” 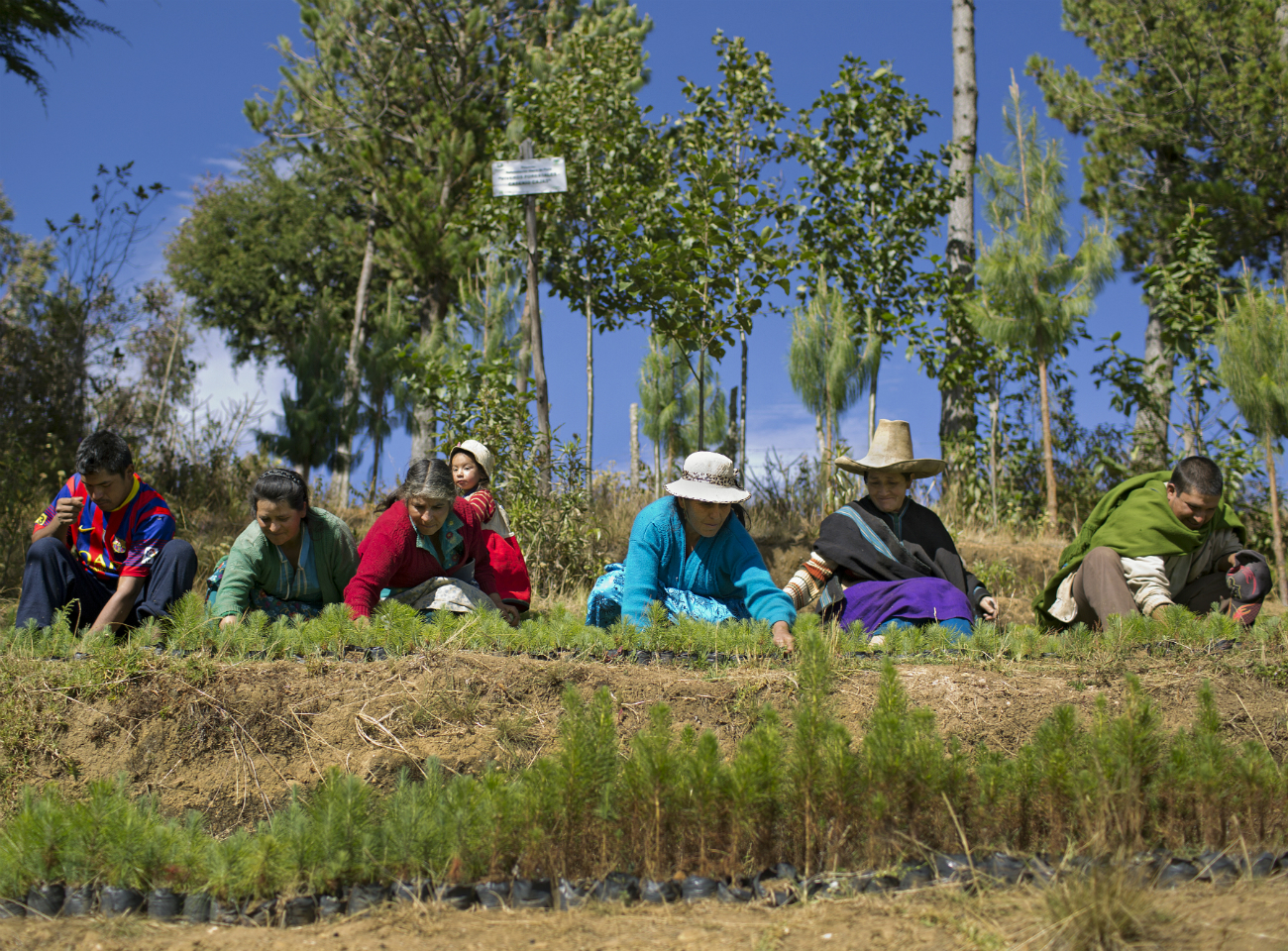 What’s the difference between Fairtrade and ‘Fair Trade’?

The term Fairtrade is used to describe the certification system that ensures farmers are paid a Fairtrade Minimum Price and Fairtrade Premium for their goods. The Fairtrade system allows consumers to identify goods that have met internationally-agreed Fairtrade Standards; these standards are set to work toward social, environmental and economic sustainability. The term ‘Fair Trade’ is used to refer to the Fair Trade movement as a whole and the organisations that follow the principles of Fair Trade.

If you’re unsure about the basis of claims being made by an organisation, ask in what way individuals, families and communities are empowered, how benefits are measured and how standards are enforced. Fairtrade is the most robust and reliable certification system globally, thanks to the stringent Fairtrade Standards, monitored through regular, independent auditing by FLOCERT. If you want to be sure that farmers and workers are receiving the better deal offered by Fairtrade, always look for the Fairtrade Mark.

The Fairtrade Mark was established specifically to support the most disadvantaged producers in the world, by leveraging trade as a tool to promote sustainable social, environmental and economic development.

While we understand that domestic farmers may face some similar issues, ultimately the infrastructure, labour laws, and social security systems of developed countries like Australia and New Zealand reduce the need for a labelling organisation such as Fairtrade.

How is Fairtrade helping in the fight for gender equality?

Fairtrade has been incorporating gender equality into its programs in developing countries for almost three decades. Supporting women to access and invest the Fairtrade Premium in programs like childcare or training can make a difference.

But we want the change to be systemic. So gender equality is written into the most basic elements of the Fairtrade system.

Fairtrade is an alternative approach that is based on partnership; one between those who grow our food and those who consume it. Our global system is 50 percent owned by producers representing farmer and worker organisations.

With an equal voice, producers have a say in decision-making within our General Assembly and on Fairtrade International’s Board of Directors. They are involved in decisions on overall strategy, use of resources and setting prices, premiums and standards.

Membership of the Fairtrade system guarantees farmers, producers and workers a Fairtrade Minimum Price to protect them against fluctuations in the market, as well as a Fairtrade Premium to invest in their businesses and communities.

What is the Fairtrade Mark?

The Fairtrade Mark shows you that the Fairtrade ingredients in the product have been produced by small-scale farmer organisations or plantations that meet internationally agreed Fairtrade social, economic and environmental standards, and have been subject to rigorous independent auditing.

What are the Fairtrade Standards?

The Fairtrade Standards compromise key social, environmental and economic pillars that include the protection of workers’ rights and the protection of children, the preservation of the environment, payment of the Fairtrade Minimum Price to protect against fluctuations in the market and an additional Fairtrade Premium to invest in initiatives to support local communities or business development.

What is the Fairtrade Minimum Price?

This acts as a vital safety net for farmers and workers and protects them from fluctuations in the market prices of the products they grow for a living. Fairtrade is the only certification scheme that offers this unique minimum price protection for farmers.

What is the Fairtrade Premium?

Over and above the Fairtrade Minimum Price, the Fairtrade Premium is an additional sum of money which goes into a communal fund for workers and farmers to use – as they see fit – to improve their social, economic and environmental conditions.

Producers determine democratically what is most important to them; whether this is education or healthcare for their children, improving their businesses or building vital infrastructure such as roads and bridges for their community.

Do you have another question about the Fairtrade system? Let us know by commenting below.

If you’re already a supporter of Fairtrade, share this post on social media to let your friends and family know how they can make a difference too.