Upload a pic to take a stand against child slavery – and win chocolate!

Fairtrade Australia New Zealand (ANZ) is inviting parents and carers to upload a picture of their child with a sign about child labour for the chance to win a year’s supply of Tony Chocolonely chocolate.

The invitation is part of a campaign being run in the lead up to World Day Against Child Labour on 12 June which highlights the issue of child labour particularly in the cocoa industry. 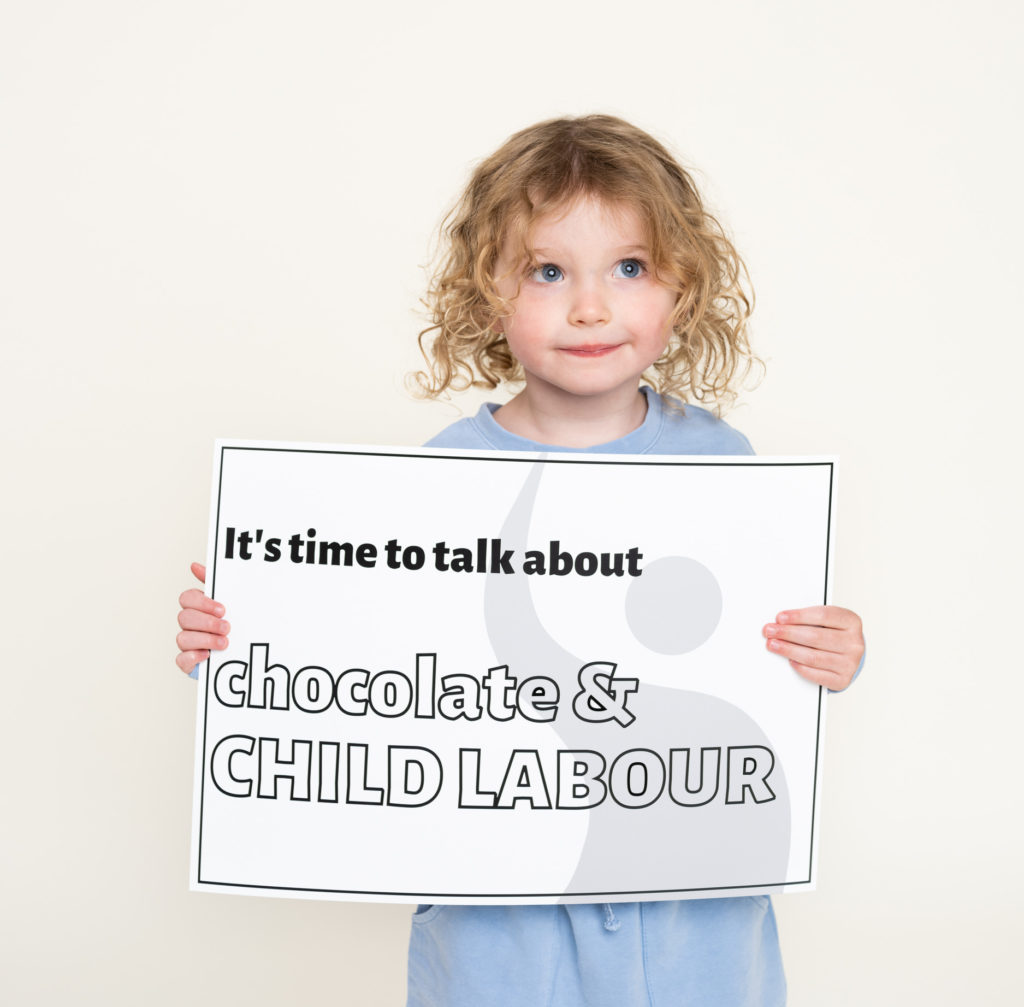 Molly Harriss Olson, CEO of Fairtrade ANZ, says that recognising the problem of child labour, especially in relation to chocolate, is difficult but important.

“Now is the time to talk about child labour and the chocolate we’re eating, the clothes we’re wearing, and the coffee we’re drinking.

“Child labour is a massive issue worldwide and cocoa is one of the key problem areas. For example, we know that in Ghana and Cote d’Ivoire, the two biggest cocoa producers in the world, there are over 1.5 million children working in the industry.

“How would we respond if there were one and a half million children in Australia or New Zealand being robbed of their education and innocence to work on local farms?

“The best way to address this is for all of us to start asking more questions about where our chocolate comes from and who might be paying the price.”

One of the main ways that Fairtrade responds to child labour is by addressing its root cause: poverty. Fairtrade farmers receive a Minimum Price for their cocoa. This means that regardless of market price fluctuations, the producers can be confident that their incomes won’t fall below a certain level. This gives farmers more security to plan for their own futures, as well as those of their children and communities.

Fairtrade brands also pay a non-negotiable Premium, on top of the price, which goes towards community projects. In addition, we require longer-term contracts between producer organisations and buyers.

Just as importantly, Fairtrade acts to protect children reported to be involved in child labour within audited supply chains. We work directly with farming communities to develop processes to monitor and remediate child labour cases in a way that doesn’t shift the practice to other supply chains.

Ms Harriss Olson says that the best way to enjoy chocolate is when you know you’ve been mindful about where it’s coming from and how it was produced:

“As long as you are buying Fairtrade, you can have your chocolate and eat it too. Just look for the mark of the farmer waving at you on the packaging and then your chocolate eating will be guilt free!”